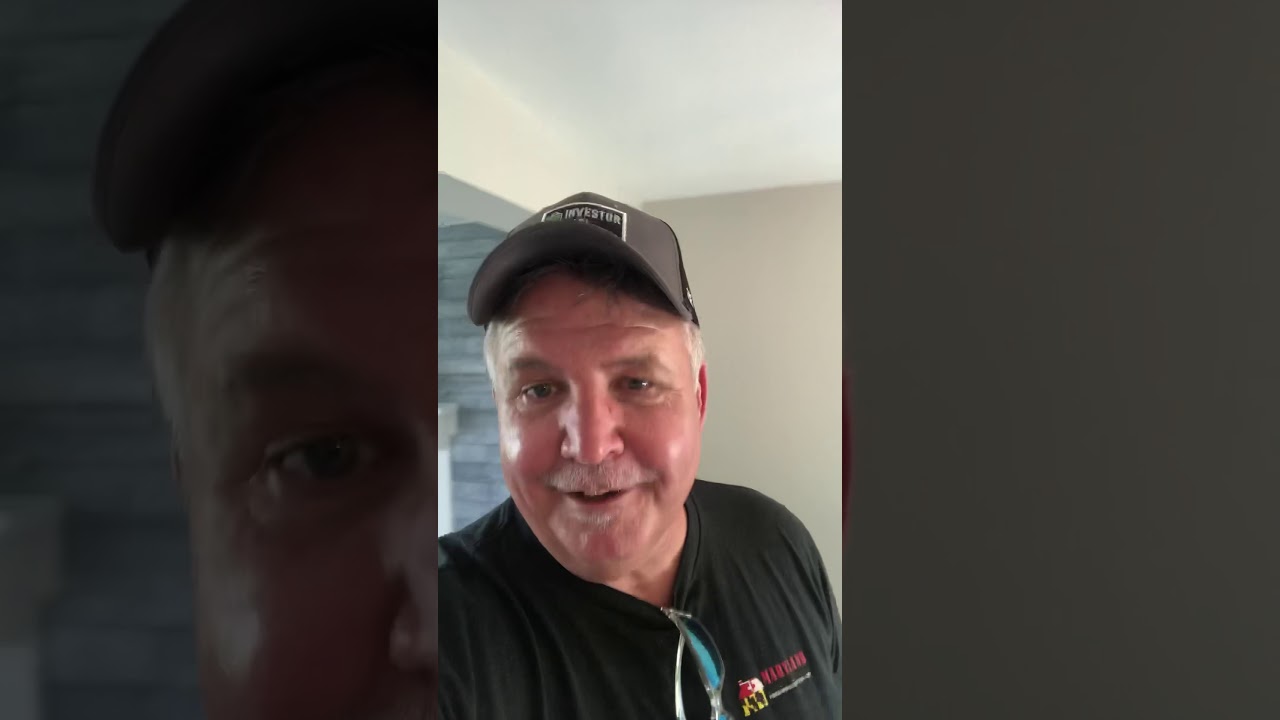 Hey guys, Bob Allwein, a.k.a Bob the Flipper. I’m over in Mount Airy today. We have this beautiful property on Mapleville Road, which is actually under contract to sell. The new buyers, or the new owner will be moving in on August 31st. I’ve been away for a couple of days, so we’re out checking on our properties. We have other properties that are under contract to sell down in Howard County and Marriottsville, and where else? In Middletown. And we have some projects going currently in Frederick, on Reels Mill Road, and one up in Westminster. So we need to check on those. So, we’re trying to get around to five houses today. I’m out with Garrett, one of our key team members.

Garrett: How’s it going, everybody?

Bob Alwein: Wanted to introduce you to Garrett so we can put a name with the face, because sometimes if you’re calling in and interacting with us, you’re talking to Garrett.

Bob Alwein: So Garrett, can you tell us a little bit about what you do for the company?

Garrett: Sure thing, Bob. My name is Garrett. I’m a senior at the University of Maryland, and I am the director of leads and sales, and I’m also Bob’s mentee. So what I do for the company is, I deal with the leads. So when people call the website or send us an email, or if I reach out to you via text, that’s all me. So I’m the communication front of the company. If you need something, you reach out to me, and I’ll put you where you need to be.

Bob Allwein: Great. So we do a lot of marketing. So maybe you received one of our postcards or something, and you called the phone number on the postcard, and Garrett is the first person that you talked to. So we wanted to put a name with the face. Garrett, what happens when you receive a phone call?

Garrett: Well, I’ll answer it and I’ll try to work with you to find a situation that works for both me and you. We’re really in the business of helping people, and I think that what we’re trying to accomplish by renovating houses can also help the people who need out of a bad situation. So my main goal is to help people.

Bob Allwein: Awesome. So Garrett will talk with you on the phone when you call in, and we tell folks we don’t buy every house that we see, but we do make an offer on every house that we see. So it needs to be a win win scenario. It needs to be a situation that we can help you with, and it needs to be a project that we can take on and turn it back into an awesome house like this again. So we’re over in Mount Airy again, and we do a lot of renovations. We’ll put in new cabinets, new flooring. We have laminate flooring in here, an accent wall, painted the fireplace. We actually put a new chimney liner in that fireplace and a new cap. So we’re doing things behind the scenes to renovate the houses and make them better. And we are then listing them back on the market for sale. So Garrett, when you are talking to people, can you tell us a little bit more about some of the situations that we’re trying to help people with?

Garrett: Yes. So sometimes you deal with people who, unfortunately, they lose a family member or the house becomes damaged in a storm or something like that, and they need to get the painful situation off their hands. So I’ll come in, I’ll talk to you, I’ll try to find out what’s going on, and then we’ll try to find a way for us to both get something out of the situation and help you relieve that pain. So yeah.

Bob Allwein: So after that, what do you typically do? You schedule an appointment?

Garrett: So yeah. I’ll get you on the phone if we’re not already and we’ll come out and look at the house, try to see what’s going on, what we can do, and what we can give you for it. And we don’t, like Bob said, we don’t buy every house we see, but we surely can make you an offer. We’re helpers, not hagglers. So we’re out here trying to do what’s best for you and us at the same time.

Bob Alwine: So who should our potential clients expect to see come out to the house?

Garrett: Well, sometimes you’ll see me and Bob, but most of the time you’ll see our acquisitions manager, Michael, come out there. But either way, you’re going to be in good hands.

Bob Allwein: Okay. So what does Michael do when he comes out?

Garrett: Well, when Michael comes out, he’ll take… Well, you’ll take him around the house and he’ll see what he can give you for a price. But most of all, he’s trying to help you and us reach an agreement that will be mutually beneficial.

Bob Allwein: Awesome. All right, well, thanks. Just wanted to introduce you guys to some members of our team that you interact with. We’re going to introduce you to Patti next week, and we’ll introduce you to Michael next week. So for now, we’re over here in Mount Airy. We need to take off and head down to Howard County, to Marriottsville. We need to head up to Westminster and a couple other places that we’re working. So we’ll talk to you very soon. In the meantime, if you need any help, how can people get ahold of us, Garrett?

Bob Alwine: All right, thanks a lot. See you.

What Others Have Said About Us…

“Bob Allwein and Maryland Cash House Buyers took one of the worst moments of my life and made it such a positive experience for me. My husband and I bought this house 20 years ago. At the time it was an 80 year old house that needed a fair amount of work. While we did a few things (new windows and installed central HVAC) we never set aside the time or money to do all of the other necessary work. Five years ago, my husband left, leaving me with an even older home in need of more repairs. It was my goal to stay in the home until my youngest graduated from high school. Mission accomplished, but the house is now 101 years old and in need of far more TLC than I can afford to give it. Bob was fair, honest, and most of all, compassionate. This house will once again be a gem when Maryland Cash House Buyers is finished doing what they do best. I cannot wait to see it restored to its true beauty so another family can enjoy it and all that it has to offer. Hands down, I recommend Maryland Cash House Buyers for a seamless process!!”

“If you’re looking to sell a home ‘as-is’, look no further than to Bob and his team. I received tons of inquiries from interested buyers but Bob stood out for being both very personable and highly responsive. He met me at the home and was able to provide me a fair quote within days. He revealed to me he used to be an HR manager and it showed in my interaction with him- a ‘people’ person and a good listener. I also liked the fact that his business is family owned too. So I say- in need of smooth ‘sell/buy’ job, then go with Bob! :)”

What a great company to work with. Not only were they quick to respond, they also helped us with extra questions and working with us from afar to make the sell as easy as possible. We would highly recommend them to anyone looking to sell!

Listing vs. Selling To Us

Which Route Is Quicker?
Puts More Cash In Your Pocket?
Has Less Hassle?

Get Your Fair Cash Offer: Start Below!

We buy houses in ANY CONDITION in MD. There are no commissions or fees and no obligation whatsoever. Start below by giving us a bit of information about your property or call 240-782-2282...

Other Areas We Buy With Cash